The abundance of cryptocurrencies seems inscrutable. Currently, unimaginable sums are being paid for so-called non-fungible tokens, or NFT for short. You can buy them at many exchanges [1]. But what is actually being sold?

What are non-fungible tokens (NFT)?

Hype, hysteria and art – but what are NFTs actually? The phenomenon came out of nowhere for many. Since the late 2020s, NFTs seem to be turning the art, culture, and collectibles market upside down. Musicians like the singer Grimes, Deadmau5 or 3lau suddenly sold and auctioned so-called Non-Fungible Tokens and turned over huge sums. Sometimes in the form of short videos, as animation, but also as a classic music album. The NBA basketball association, on the other hand, sold digital trading cards, and Formula 1 sold a virtual sports car. Graphic designer and animator Mike ‘Beeple’ Winkelmann even became one of the richest living (digital) artists by auctioning off an NFT to create a picture collage. The work, called “Everydays: The First 5000 Days,” changed hands for the equivalent of 58.86 million euros. 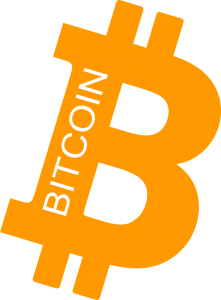 But what is really being sold? Non-fungible tokens are a technology based on modern variants of the blockchain. These are the digital ledgers behind cryptocurrencies. While Bitcoin only stores simple currency transactions on the blockchain, the blockchain of Ethereum, NEO, WAX, TRON, Tezos and others can also have programs written into it – so-called “smart contracts.” These enable entries on the blockchain that cannot be split or exchanged like cryptocurrency units, but are unique. NFTs are such entries. Many traders have already made huge profits from NFTs, you can check out bitcoin trading bots [2]  if you are new to cryptotrading and don`t even know what leverage is [3].

On a platform such as Foundation, OpenSea, Rarible or Super Rare, an artist can upload his or her work and generate an NFT for it – for a fee. In the process, a unique signature is created for the artwork, which is stored in the blockchain, but not the artwork itself. The signature can only be owned by one person – or their cryptocurrency wallet – and can only be passed on by that person. If an artist sells an NFT, he or she is not selling the artwork itself, nor the copyright or exploitation rights, but this digital certificate of authenticity that represents the artwork.

Crypto hype: these are the benefits of NFTs

According to digital artists like Beeple, an NFT is “like a handshake agreement.” With an NFT, the artist assures the buyer that they are now the one who gets to brag that they own that particular piece of art. Even if it’s an image, video, piece of music or animation that’s already on Instagram, YouTube, Spotify or elsewhere and may have been copied thousands or millions of times. The best example here are Internet memes like the Nyan Cat rain cat, which was auctioned off for 522,000 euros but can be found on countless websites.

For artists, NFTs are interesting because they give them the opportunity to offer their works directly worldwide. They can do without gallery owners. This is currently helping numerous artists to gain unexpected attention. In addition, automatic royalties can be programmed into an NFT. If an NFT is resold, the artist receives a percentage of the resale price – and can thus profit from it in the long run. But that’s not all: NFTs can also serve as a “loyalty program.” This is because the digital wallet in which an NFT is located can be tracked on the blockchain. Musicians can thus invite NFT owners to exclusive gigs or offer them limited collector’s items.

It’s not just artwork that can be sold, however. Twitter founder Jack Dorsey created an NFT for his first tweet and auctioned it off for over 2 million euros. A real NFT pioneer is the game Cryptokitties [4]. Here, players have been collecting digital cartoon cats since 2017. Each of them is unique. If you bring two cats together, new, algorithm-generated, and equally unique kittens can be created in the process. One of them was traded for 600 units of the cryptocurrency Ether, or over 900,000 euros.

Some crypto experts predict that real houses, land or company shares will also be traded via NFT in the future. Likewise, identity cards and birth certificates could also be realized as NFT.

Of course, there is also criticism: art historians say that digital certificates of authenticity mean that only the potential as an investment counts, not the work behind it. Philosopher Max Haarich compared the hype to the tulip mania of the 17th century, when tulip bulbs were suddenly traded at the price of houses and accumulated by princes as status symbols. Tesla founder Elon Musk also poked fun at this in March. He announced he was selling a song about NFTs as NFTs. In the song, potential buyers are accused of vanity. Nevertheless, Musk was offered over two million euros. The billionaire, however, made the reverse. “Honestly, it doesn’t feel right to sell this,” he wrote, “I’ll let it go.”

Another criticism is that NFTs consume a lot of energy. To verify NFT creations and sales on the blockchain, thousands and thousands of computers perform complicated calculations simultaneously. However, this is not only true for NFTs, but all transactions recorded in the digital cash ledgers. For comparison, running the Ethereum blockchain requires about as much electricity as the country of Panama. Some artists have therefore already turned their backs on NFTs. However, Ethereum’s developers are already working on a solution to reduce power consumption by 99 percent. Others could follow suit. This would make NFTs not only a financial but also an environmental future for many artists.

[1] Compare the best exchanges at bestbitcoinexchange.net.
[2] More Information on trading bots.
[3] What is Leverage? Read more at getbitcoal.org/leverage-effect-for-cfds/.
[4] Check out the website at cryptokitties.co/.