Cryptocurrencies like Bitcoin have been the talk of the town for a few years now, but have hit a new high since top entrepreneurs like Elon Musk started showing interest in them. Although development has been slow, cryptocurrencies are visibly gaining acceptance as a standard means of payment. It is not yet common to pay with Bitcoin in stores and restaurants. However, the new digital currency has already established itself on the Internet. 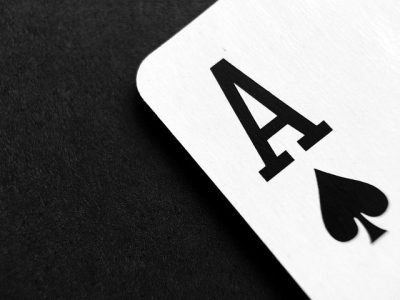 The selection of Bitcoin gambling has exploded and as a user, you naturally ask yourself how secure these sites are and how you can find a verified and trustworthy site. We will get to the bottom of this question in this article.

What is Bitcoin actually?

As a brief explanation, let’s first go into what Bitcoin actually is. Bitcoin like numerous other cryptocurrencies, is a currency based on a decentralized ledger system. It is “digital money”, so to speak, which is not tied to other commodities such as gold like traditional currencies. Among the most popular cryptocurrencies besides Bitcoin are the following:

Bitcoin (BTC) is a so-called cryptocurrency. A means of payment that does not consist of bills and coins, but purely digital from computer codes. “Invented” was the mother of all cryptocurrencies by Satoshi Nakamoto – whether there is a person or a group behind this name is unknown. In 2008, a concept for Bitcoin was first posted, and on January 3, 2009, the Bitcoin network was created. It is a decentralized payment system that participants can access from anywhere in the world via computers, special USB sticks or cell phones – wherever they have a connection to the Internet. The software with which the system works is accessible to everyone and can be looked up. Meanwhile, there are numerous other cryptocurrencies, such as Ethereum, Litecoin, Ripple, Dash, Monero, Cardano or Bitcoin Cash, which developed after Bitcoin was split off.

Anyone who wants to buy Bitcoins or pay with them needs a digital wallet. This is where the bitcoins you purchase are stored. A wallet is available from various providers as a desktop version for your own computer, as apps for smartphones and as a so-called hardware wallet, which you can connect to a computer, similar to a USB stick, and which is considered the most secure.

All transactions are recorded in a decentralized database, the blockchain. The blockchain technology is intended to prevent fraud and works like this: every payment is recorded in encrypted form by the Bitcoin network and checked – for example, with regard to coverage. Afterwards, several transactions are summarized on a kind of tab, which in turn is linked to a complicated calculation task. If a participating network computer finds the correct solution, the process is complete. “This solution path serves as a kind of seal for the tab. In the Bitcoin world, the sealed card is called a block.

Bitcoins can be traded, bought and sold around the clock. This is now relatively easy – unlike in the early days of the cryptocurrency. Rigobert explains how: “You need a real account where the euros are on it. You sign up with a trading platform, there you get a Bitcoin trading account. Then there are providers who want to sell you Bitcoins. There are exchanges where several providers compete for a price, like on the stock markets. The ways to buy Bitcoins have become very diverse.”

For calculating the correct solution, which requires a lot of computing power, the network member gets new Bitcoins as a reward. This is called “mining,” because finding the solution is so costly. The network set 21 million Bitcoins as the limit from the beginning to avoid inflation. According to Finanztip, 18.5 million had been reached in November 2020. Each user is responsible for the security of their own wallet and should protect themselves with strong passwords, software updates, virus protection and backups. You cannot pay completely anonymously with Bitcoin, Finanztip reports. Normally, members in the Bitcoin network cannot infer a specific user from a Bitcoin address, but there is theoretically the possibility of drawing conclusions about the actor.

How to play online casino games with Bitcoin?

To be able to play with Bitcoin in an online casino like Playamo or Vera&John, of course, you need to own Bitcoin. Namely, the online casinos that offer cryptocurrencies as a means of payment are not a merchant or an official site for buying bitcoin. So, as a player, you have to take care of that yourself in advance. The safest way is through a so-called Bitcoin exchange or an exchange for cryptocurrencies. However, this has nothing to do with the online casino where you want to play.

To use cryptocurrencies as a means of payment in an online gambling website, you simply log into your user account and can then usually select the desired method under the “Add Currency” button. All cryptocurrencies supported by the site will then appear in this section and you can select the one you want. So, the process works just as easily as if one were to specify a credit card as a payment option.

Is it legal to use Bitcoin in online gambling?

Since the use of cryptocurrencies is so new and its advance in many areas happened so surprisingly fast, you can always find areas where it is still unregulated. So it is with bitcoin casinos. These are not yet regulated by law because their emergence and growth happened so quickly. So it is neither legal nor illegal, but is currently in a regulated framework that has not yet been established. The fact that online gambling websites always need a license is a good sign. After all, online casinos that accept Bitcoin as a payment method also need them.

How to find a safe gambling website using Bitcoin?

As briefly mentioned above, any trustworthy online gambling website should have a license and should also show it on their website, respectively it should be apparent. This is also the case with Bitcoin casinos.

Furthermore, you should look around the website for a while before you register. If you find clear information about the company’s headquarters and perhaps other certificates, this is a good sign. Also, as is so often the case in the Internet era, it is advisable to do further research. What do other users say about the website, what do the rating and test websites say, of which there are so many on the subject of online casinos.

A particularly important point about Bitcoin casinos is whether you can only pay in Bitcoin and cryptos, or whether it is also possible to withdraw in these currencies. Paying out in Bitcoin is of course an attractive option, especially when the exchange rate rises to unimaginable heights. Apart from the payment options, you should also always keep an eye out for customer service and check whether it is available.

Playing in online casinos with Bitcoin has a great appeal for many casino fans, but also for people who trade in Bitcoin and other cryptocurrencies. The prospect of cashing out a big win in Bitcoin makes the hearts of many online casino gamblers beat faster. In general, it can be said that Bitcoin casinos should be checked for their seriousness just like conventional online casinos before choosing one. Reviews in forums and testimonials from other users help here. With cryptocurrencies, you should also inform yourself sufficiently about the current rates before you let yourself be paid out a profit, as the rates can fluctuate particularly strongly. With these tips, nothing stands in the way of gambling with Bitcoin!